Baba Deep Singh Ji was born on the 20th January 1682 A.D. in the village of Pahuwind in district of Amritsar. His father’s name was Bhai Bhagtu. He went to Sri Anandpur Sahib on the Vaisakhi of 1700 A.D., where after obtaining baptism (into Sikhism) he started learning weaponry and riding from the Sikhs. From Bhai Mani Singh Ji he began learning reading and writing Gurmukhi and interpretation of Guru’s word. After spending two years at the Guru’s institution, he returned to his village in 1702 A.D. got married and started living there. He went to Guru Gobind Singh Ji at Talwandi Sabo in 1705 AD where he helped Bhai Mani Singh Ji in making copies of Sri Guru Granth Sahib Ji. After the Guru Sahib left for Delhi, he took up the service of looking after Gurudwara Damdama Sahib.

In 1709 A.D., he joined Baba Banda Singh Bahadur Ji in chastising the tyrants of Sadhaura and Sirhind. in 1733 A.D. Nawab Kapoor Singh Singhpuria appointed him a leader of one squad. On Vaisakhi day of 1748 A.D., when Dal Khalsa was reorganized into twelve misls, he was entrusted with the leadership of Shaheedan Misl. In April 1757 A.D., Abdali during his fourth invasion was returning to Kabul from Delhi with precious booty and young men and women as captives, Singhs made a plan to rob him of the valuables and set the prisoners free. The squad of Baba Deep Singh Ji was deployed near Kurukshetra. His squad freed large number of prisoners and lightened the burden of valuables of Abdali considerably. While departing from Lahore, Abdali appointed his son Taimur Shah, the Governor of Lahore and told him, “Try to finish the Sikhs”. In Accordance with his orders Taimur Shah started demolishing Gurudwaras and filling the holy pools with debris.

At the news of the approach of Singhs, the Governor of Lahore sent his general with an army of Twenty thousand to face them. His army took up positions Six miles north of Amritsar and waited for the Singhs there. Both the armies clashed near Gohalwar on the 11th November, 1757 A.D. Fighting bravely Singhs pushed the army back and reached village Chabba where General Attal Khan came forward and inflicted a blow on Baba Deep Singh Ji which made his neck lean to one side. A Sikh reminded him, “You had resolved to reach the periphery of the pool.” On hearing the talk of the Sikh, he supported his head with his left hand and removing the enemies from his way with the strokes of his double-edged sword with his right hand, reached the periphery of Harmindar Sahib where he breathed his last. The Singhs celebrated the Diwali of 1757 A.D. in Sri Harmandir Sahib. 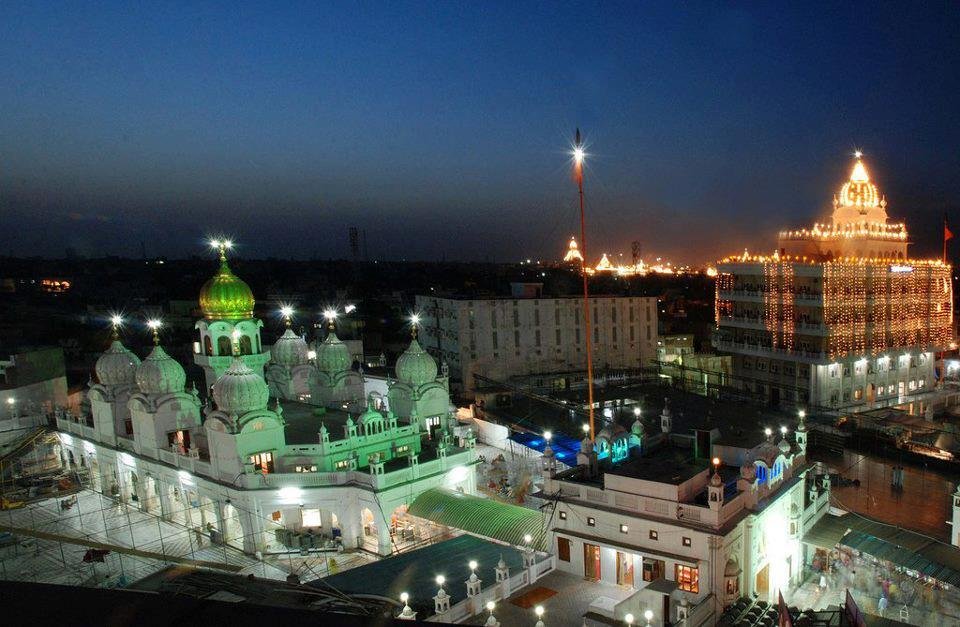